Some of you may be disappointed with the Australian federal election result last Saturday. Especially if you think like I do, that we need to take stronger action to reduce greenhouse emissions and also to prepare people for much warmer weather to come.

Actually, there’s not much politicians can really do. Think about it. Pretty much everything we need to do to reduce greenhouse emissions relies on engineering and that in turn relies on private finance.

END_OF_DOCUMENT_TOKEN_TO_BE_REPLACED

Americans have voted, and most of us were surprised.

I just watched a CNN interview with a former factory worker who voted for Trump. “We need lots of small factories with 200-300 people making things, employing Americans.”

Only engineers can make that happen, engineers who know how to create sufficient value to attract investors.

Bill Williams and I have recently discovered that many engineers know little if anything about creating value for investors.  Supported by students, we interviewed practicing engineers and found that, for example, most associate the word “value” with a number in a spreadsheet.

We also discovered little in the business and engineering research literature that can help.

A small number of “expert engineers” have worked it out for themselves, without necessarily being able to explain it in simple terms.  They are well rewarded by their clients and employers because they create so much value for their enterprises.

We have recently written a detailed explanation which, we think, explains how these experts create value, and we hope this makes sense for many more engineers who could just make enough difference, everywhere.  Not only to help frustrated Americans.  Engineers who know how to create value effectively could transform our world and eliminate poverty.

Since the industrial revolution, we have all come a long way, but most of us know we cannot sustain our civilization into the future without making some big changes.  We engineers have to lead these changes, but we need huge resources from everyone else to make it happen.  And that requires insights into value creation that elude the vast majority of engineers right now.

In coming posts I will do my best to explain the fundamental ideas that have emerged from our research and what we mean by value creation. 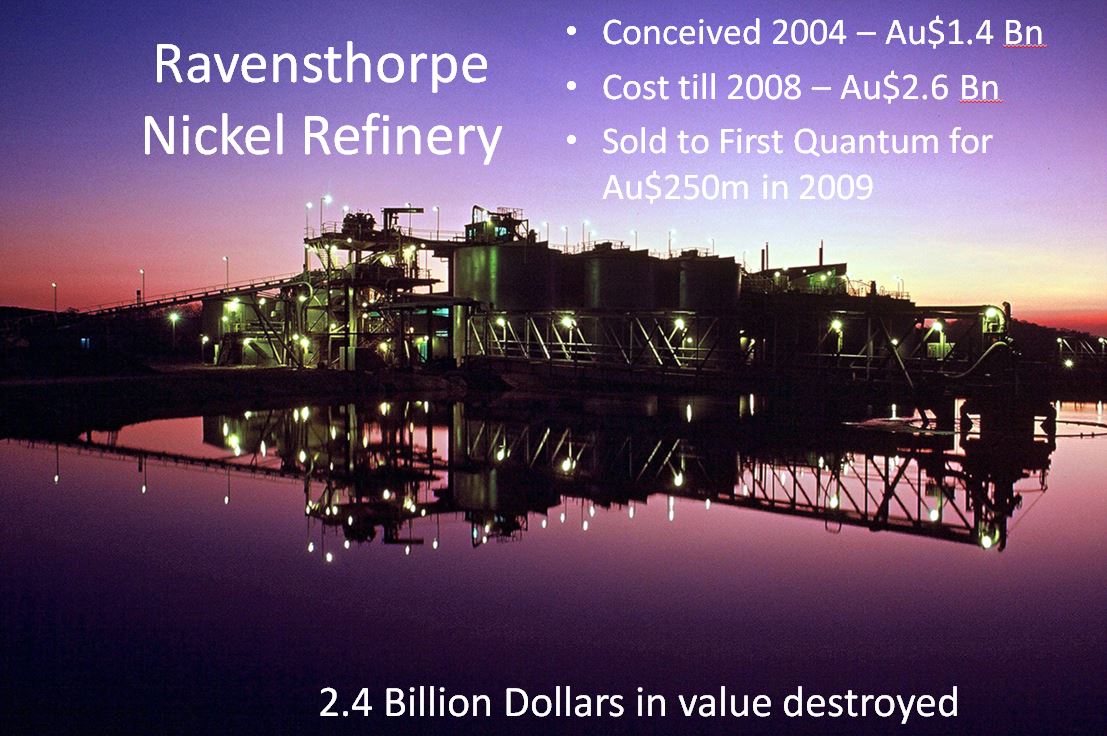 Photo: Mineral processing plant  (This is not a photograph of the Ravensthorpe Plant – image by Shutterstock)

In the first post in this series I explained just how significant engineering is in today’s sluggish world economy, both in the developed world and developing world.  In this post I will explain why investors are so reluctant to back engineering ventures.

Engineering performances are slipping, engineers are frustrated, business owners are even more frustrated and billions of people languish in misery because of engineering performance failures.  These are not spectacular failures like Fukushima or Deepwater Horizon.  Instead they are silent failures that have remained mostly out of sight, in many cases deliberately hidden by their owners.